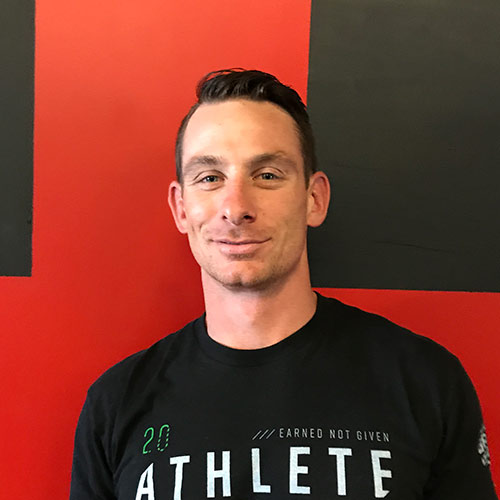 I’m a Kansas City native, whose been married for about 10 years. Throughout life, I’ve had struggles, but it’s how you handle them that makes a difference. I use mine to fuel me to become a stronger and more competitive athlete.

I had an 8-2 record for another MMA fighting. Since joining CrossFit, I’ve competed on multiple teams; placing 2nd & 3rd at Granite Games and making it to regionals in 2016.

Right after high school, I wanted to lose weight so I joined Title Boxing & instantly fell in love with fitness. From then on, I’ve played in multiple sports, but became bored with the routine. At that point I found CrossFit & four years later- it still keeps me on my toes (or knocks me on my butt).

My emery is food. Sometimes I have a hard time finding balance. Recently, I started doing the RP diet & have found great success in it.