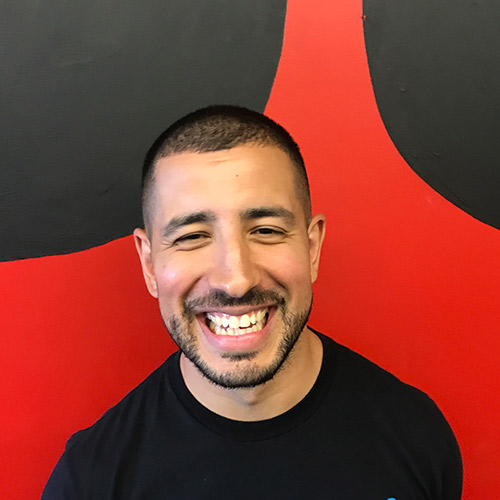 As an undersized athlete I’ve had to refine technique in my own fitness in order to keep up with the more physically gifted guys no matter what sport I played. I do my best to carry this over in my coaching and pick apart movement patterns in order help each individual move as perfectly as possible.

I grew up playing every sport imaginable until I found wrestling at which point it took the majority of my focus and efforts almost year round. I enjoyed football, and basketball but was quite undersized so I only played recreationally. Late in high school I was talked into running cross country as a way to work on my conditioning and while running was not my favorite thing, I was pretty decent at it so I started taking it seriously.

After high school I spent 6 years in the Marines and when I got out in 2006 I was having terrible back problems that prevented me from sleeping. After multiple doctor visits and MRI’s I was given prescription painkillers and told to quit lifting weights. For 1 year I avoided weights at the gym and focused solely on conditioning but the pain continued to increase as well as the sleepless nights. In 2012 I found CrossFit and decided that I had nothing to lose as I was already in pain. After a couple months I began sleeping consistently through the night and it wasn’t long after that the pain had completely went away. To this day my back problems have never resurfaced.

I enjoy coaching because everyone that walks into the gym has their own ‘why’ but they are united by the process and not the specific outcome. Each individual has to put in the work to achieve their goals whether it’s lowering their cholesterol, achieving a PR, or for aesthetics, but when it’s done I enjoy the moment of celebration and the dream of what’s next.

While fitness has been a staple of my life I’m motivated to get better each day for my daughter. I want to her to grow up in a fitness environment that is encouraging, and rewards both effort and accomplishment.